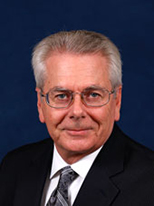 Mark Lipscomb is an experienced Senior Executive (CEO, CRO, CFO, COO) with a hands-on philosophy aimed at solving complex business challenges. This includes guiding companies through financial turnarounds and, if necessary, through the bankruptcy process. He has extensive knowledge of the selling and purchase of large and small businesses. His experience spans both public and private companies in the semiconductor, computer, energy, paper, office products, and convenience store industries.

Mr. Lipscomb began his career with Unisys Corporation in 1978 in finance. In 1997 he joined Cyrix Corporation, a $200 million microprocessor firm, and was a key member of the executive team that worked on the merger of Cyrix into National Semiconductor for $554 million. Following the Cyrix- National Semiconductor merger, Mr. Lipscomb joined ST Microelectronics, a $4 billion European-based global semiconductor company, in 1998, where he assisted with the launch of a $1.4 billion stock and bond offering which was listed simultaneously on the NYSE, Paris, and Milan stock exchanges.

In 1998, Mr. Lipscomb entered the Office Products and Paper industry by joining American Pad & Paper Company, a $600 million manufacturer of paper-based office products. During a nine-month bankruptcy process, he directed the successful marketing of all four major business divisions (Ampad, Creative Card, Shade Allied, and Williamhouse), and in 2000 Mr. Lipscomb became CEO of the Ampad division. During his three-year tenure, the company significantly improved its top-line, bottom-line, and customer satisfaction. Revenue increased by almost $20 million, gross margins improved from 18 to 29 percent, EBITDA went from $6 to $18 million, and Ampad received numerous service awards from its customers, including “Supplier of the Year” in 2002 from Wal-Mart.

In 2001 the owners of Ampad removed large amounts of cash to assist other companies they owned, and this action resulted in a cash crisis that resulted in Ampad’s eventual filing for Chapter 11 protection in December 2002. During a short eight-month bankruptcy process, the Company’s financial performance never faltered, and the company was sold to Arcapita for an enterprise value of $100 million, providing the creditors with a 100-cent recovery.

In 2005 Mr. Lipscomb was engaged by the creditor's committee in the FFP Operating Partners bankruptcy. FFP was a convenience store operator based in Fort Worth, Texas, that operated 428 locations in 12 states and was the 20th largest convenience store operator in the United States. In October 2003, FFP entered bankruptcy and, in January 2006, emerged as a reorganized Debtor. Mr. Lipscomb advised the FFP Unsecured Creditors Committee on how to maximize recovery to creditors best. In January of 2006, he became President of the reorganized FFP and Trustee of the Creditors Trust, running the company and directing the asset sale process for the final 115 locations and continues to supervise the cleanup of the extensive environmental legacy left behind.

In 2008 Mr. Lipscomb was with Blackhill Partners when he was engaged as Plan Administrator in the Lothian Oil bankruptcy. In July of 2008, Lothian emerged as a reorganized Debtor, and Mr. Lipscomb’s ongoing duties are to execute the court-approved plan of liquidation and to distribute over $34 million to creditors so far for a 100-cent recovery. The key to success in this bankruptcy was the negotiation of a number of large settlements that reduced overall claims against the Estate and the recovery of multi-million dollars in assets for the Estate that, when combined, ensured maximum recovery to the Creditors.