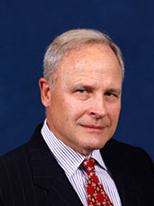 Among his most difficult assignments was the year-long restructuring of the bankrupt DirecTV Latin America, involving multiple constituencies, currencies, claims, languages, technologies, programming, and regional politics. He also served as the sole financial advisor to the China-US undersea fiber optic cable consortium, a $1.0 billion pacific cable linking the People’s Republic of China directly with the mainland United States. He designed wholesale and retail pricing for the multiple rights of use on the cable and assisted in negotiations between AT&T, MCI, Korea Telecom, Hong Kong Telecom, NTT (Japan), and China Telecom. Mr. Moore also is an experienced oil and gas banker, beginning with capital markets funding for Citgo and Occidental Petroleum, and extending to investing activities in oil and gas fields in partnerships throughout the United States.

Mr. Moore began his business career in 1980 with The First Boston Corporation (now Credit Suisse), where he focused on the design and sale of new forms of securities. In 1983, Mr. Moore was part of the corporate finance team (including Larry Fink, now Chairman of BlackRock) that designed and sold the first Collateralized Mortgage Obligation in a $1.0 billion transaction – initiating what is now a multi-billion annual market in “securitization” of all forms of assets.

Mr. Moore later joined CTG Consulting Group as a Partner, concentrating on assignments in the entertainment and secured lending area. At CTG, Mr. Moore designed and developed the first strategy for “pre-selling” motion picture rights in both domestic and world markets for Home Box Office and Showtime and represented the legendary director Blake Edwards (“The Pink Panther” series).

In 1985, Mr. Moore returned to investment banking, joining Goldman Sachs & Co. as a Vice President, focusing primarily on private client services for wealthy families. During his tenure at Goldman Sachs, Mr. Moore also designed and developed new series of securities for the securitization of a variety of assets and receivables and executed a variety of mergers, acquisitions, asset sales, and divestitures for clients companies in the manufacturing and services industries.